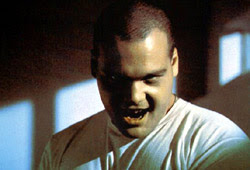 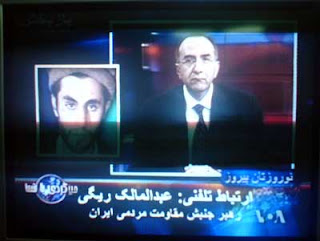 2-He and his group blow up the bus of employee when they are going to work (he was said the employee worked for revolutionary guard!!!!!!!!!!!!!)

3-He and his group banned the road and arrest people and shooting and killed them on hole they dig beside the road.

This person is Abdolmalek Rigi the first terrorist in Iran .he accept the responsibilities of all these actions that I wrote here.

I am sure all of you accept that such actions only is terrorism.

But last night the television which reflect U.S policy (VOA Persian service) interviewed with such sinister person as "Leader of resistant movement of people of Iran". The host called his "Mr.Rigi". And Mr.Rigi explained how he and his group resisted against Iran government with killing people ! He even told that we haven’t enough money so please give us more money to do more Operation! In Iran we could do even more than 3 Operation in Iran every month!!!!
_____

You must be honor that that your government honestly is involved in war on terror.