1.About next tow month we will have an important election in Iran .presidential election .i don't still know that this "election is a real election or like last one only its name is election".
Anyway many candidate start to start them self to people although they still do-not know that guardian consul qualify them or not .(especially reformist candidate).
for example dr.Moeen(most important candidate of reformist) start a weblog .(Persian)
More...
2. last Friday here in Tehran was an important match between Iran and japan form qualification for world cup in 2006 we won the match 2-1 but ...
after the match when people wants leave stadium many of them wounded and killed because packed of population.
Here is Iran
3.holidasys of Nowruooz is near to ended .and i have tomorrow of holidays an important exam but i am not read a word for exam .
4.i am really thankful from Google and Beckham family that bring visitors here and help my weblog to be alive.

Happy Norouz
I don't know how much you know about norouz (Iranian new year) that begins with spring. Persians from thousands years celebrate first day of spring and name it norouz (new day ) and i think it was best choice for starting another new year.
I hope this year was a good year , all peace and without war and violence for all people. 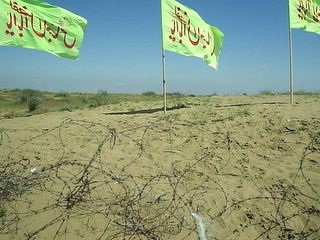 I was where that I could not describe it. I could not describe what I experienced and felt there. There was another world, a world separate from what we experience in cities, where youth of my country killed with arms that foreign countries gave to Saddam Hussein ((all of you remember those picture in 1982 when Saddam greeting to Rumsfeld.)
I was where that thousands of my people killed for mistakes that others did.
There were modernest cities of Iran that destroyed by a devil who was friend of world those days.
I respect to those martyrs who killed for defend our country.

When you read these words, I am on a trip to south of Iran near borders of Iraq. If I didn’t killed by American soldiers wrongly or if my steps didn’t go on an old mine, I promise when I am coming back I’ll write about it 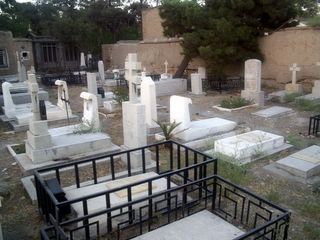 in World War II Iran was a settling place as well as a highway for tens of thousands of Polish men, women and children moving out of of Russia.