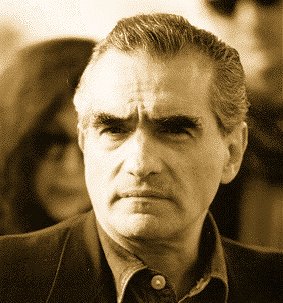 What is going on in academy? They again stole the Oscar of Martin Scorsese. I really do not know what he do to them that they want ignore him but. He cannot be ignoring. Scorsese is by far one of the most influential directors of our time. Shame on the Oscars! They stole all his statue that must gave to him for years.
Are they crazy? Last year they stupidly gave all Oscars to a bullshit film that all of it was full of monster's war. In addition, this year they gave best and best director Oscar to Clint Eastwood I also do not know what Eastwood do that they are so kind with him.). a film that with cheat entered to Oscar race get the best Oscar film("Million Dollar Baby" was originally slated to open next year but at the last minute Warner Bros. decided to release it in time to qualify for Oscars. the film made only in 37 days!!!!!!!!!!!! )
I think members of academy are sufficient for taxi driving instead of choosing best. With these choices more, I understand why American again choose bush

Reza Naseri an Iranian blogger wrote a letter to Michael Ledeen and asked him don’t interfere in iran and donot try to prescribe his idiot theories about an Iraqi style “liberation” for Iran .because he and neocons only sabotaged the Iranian "people’s movement toward democracy. ( read here).
But do you know what was answer of Michael Ledeen to him?
“Then don't bother me. Just shut up and spit.”
when ideologist of neocons (that maybe write parts about Iran in state of union speech for bush) his response is this like , more than before I understand meaning of "liberation" that Mr. leeden speaks about it.

Again another earthquake and again people of my country killed by another natural disaster. It is sad. Maybe you know That IRAN is the worst hit country in the world in terms of earthquakes.
and also may you know that Tehran is waiting for a strong quack. for many years (TEHRAN Regularly SHAKE EVERY 130 YEARS BUT THIS TIME 150 YEARS PASSED AND WE STILL WAIT) and maybe one day when you open Google news you will see "Magnitude 9.9 Earthquake Kills 9000000 people in Tehran " and when that day come (that I hope it was never ) this web log never update again ;). but its really exiting that every night you fall asleep on a bomb and next morning when you wake up you must thank god because the bomb didn’t explode for another day
At last I recommend daddy bush (he thinks he is father of the world) that do not waste your weapon and budget for attack to Iran because finally earthquake do what you want to do because we are not important for oue govement.

These days held a religious festival in Shiite countries, Ashura. everywhere was black most of people wear black too and mourning in memory of an innocent man who were massacred with few companions in an unfair battle .he was imam Hussein who was symbol of justice and fight against injustice with his few companions although he knew he will killed in this unfair battle .
May u saw pictures from Shia mourning like cutting their head s with swords to emulate suffering of imam (such actions are forbidden in Iran). I know that some of these actions are not civilized but I don’t condemn them because I am sure that they love someone and believe to something. And until we really don’t learn what they believe we cannot understand their mourning.
Some things are that we cannot found them only with our thoughts it s only understood with feeling.
* In this festival also are a lot of things that Are not real and enter by ordinary people in old years.

These days are 27th anniversary of revolution in Iran against Shah.
Although its purpose was changed but I am really proud for this revolution because it was against dictatorship (a dictatorship who United state supported it). I admit that people didn’t achieve what really want, Iran revolution after victory have many mistake because people were exited so they were agree with many wrong decision that change fate of Iran .but I think it was better than before, they could freely choose their president (prime minister!)And MPs. (at least until now)
But I don’t want another bloody revolution in Iran cause I am sure all revolutions couldn’t stay on their goals because their goals aren’t practical .in revolution people are exited and without thinking they go with the stream. 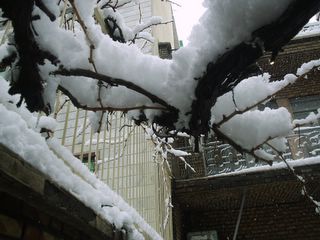 Does America attack to Iran?

These days in Iranian blogsphere is a discussion about possible attack to Iran ,there are many questions?
Does war is completely a dirty thing or is essential? If America attack to Iran what is duty of an Iranian? Does he must defend his country or must support Americans? and or go to underground of his home and hide? Do Americans bring freedom or bring a rebel country and al-Qaeda with themselves? And many other questions like these.
I really don’t like speak about this subject , so I don’t write my ideas about these question because if I participate in this discussion it’s mean that I agree with America and Bush’s right to do what ever they want?
It’s really strange suddenly Media make a stream and we go with that stream even that stream was only a lie.
-------------
link:Iranians for Peace