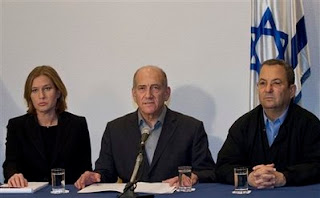 They killed more than 200 people in only one day...

About 3 years ago I wrote a post and complain why American people vote to bush for second time .
now after 3 years and half I am writing another post about another united state election for presidency.first of all it is better I declare my position about candidates .for sure I am not a fan of John McCain because he wants bomb,bomb, bomb my country.
and between senator Obama and Hillary Clinton I choose Obama because I think his views are more sufficient for world as president of one of the  most important countries and especially for my country ,Iran.
I really wish a moderate president as leader of unite state, a leader who believe in dialogue more than any violate action .unfortunately in my country conservative are in power, and it means never two side that both of them are bully cannot agree on a win win position.both side wants see lose of opposite side.

so I believe that Obama it is a good choice for iranian people  ,because he believe on negotiation with Iran without any precondition,and if you were a moderate person, in negotiation even with a hard line side you could manipulate crisis with your logic and let opposite side thought you are a loser* .

*I know I was very optimistic about Obama negotiation with Iran. maybe you heard or even see persepolis a autobiography film by marjan satrapi.the film describe Iran between 70 to mid 90s. .

the film had many reactions in west it is even nominate for best animation in Oscar,and also won the jury prize in canne.

but in other hand I really could feel that satrapi didn't lie in her comics and film.maybe there was not all truth in the film but  she describe her views honestly.

Khaki is my favorite color or I hate white 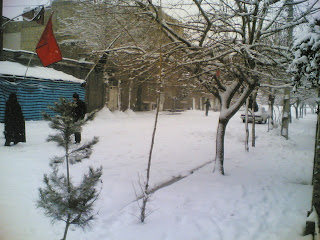 I always wished that I live somewhere cold like north pole or Canada ,but I must confess that I am regret for my wish .it is about 3 weeks that Iran blanketed with snow (epically where I live these days) .I really tired and I wish I could see the color of soil again , these days everything is white and icy .it is about 3 weeks that we only experience the temperature below zero (min -1, max -24).

It is also a unique situation for Iran government .it is a real national crisis that government and Mr. President must conquer with it.

In first days of crisis most of the roads closed and all the flights canceled even all international flights. Gas ran outing in pipes of the country which has second largest revere of gas in the world.

But government could easily manipulate this dangerous situation. Mr. President announce a week of holiday for all the country that could be extendable and he then fired the chairman of Iran Meteorological Organization ;)