Tow side of a coin

United state military budget is about 500 bilions of dollars . Iran and U.S are enemy for 28 years .

Iran tests missiles which priced hundred thousands of dollars because Iran's enemy have a 500 billion dollars budget and put its army near Iran's boarders .

Iranian official told that Iran have the least military budget among countries of region(?) .countries which are smaller than many cities of Iran . every year they buy billions dollars of military equipment from west because they are frightened from military of their neighbors especially Iran so they try to make the country and the regime more powerfully and put in a Palladium status by buying more weapons and fighter plane .

Every year many many of people suffer and died from poverty and starvation and diseases .

In Asia people of many country like North Korea or even India or Pakistan suffer from poverty.

I can feel more suffering in my own country .

in Iran many families live only with trifle government pension (is only 30$ in a month!).many people didn't get any social care service by government...

but still governments forced to spend more military budget because their existence threatened by their enemies (or at least they are suspicious about it.)

when and which ecumenical mechanism could cut this broken cycle ?

I am in a bad mood and so depressed these days (personally!) 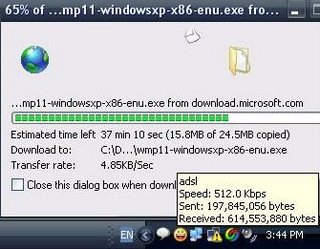 Today I want told you a story about iranian Internet .
In the first years we had a good chance that Internet publicize in years of presidency of a reformist president ,so I think at least there was thoughts and visions about benefits of this 21st century Phenomenon . so they are trying to developed it ,in the first years there were filtered only erotic and may some radical political sites.but when Internet Generalized more among people,some narrow minded persons in some part of regime in Iran ask they children to what is "this Internet"?! their children show them yahoo.com and they saw a woman without a a scarf!!!!!!! in an advertisement .
so because they have more power than government they force them to filter more sites.
four years passed and Mr Ahmadinejad elected as president .I remembered when asked him "there is a rumor that you will ban Internet when you elected" .he sneer and told "these are only lies of my enemy .my children and my wife use Internet as source for their scientific research!" Did he lie?
5 month later there was more strict filter (American filter ) ,they even filtered sites like BBC .they also presented a new plan for national Internet ,and that time we found a bad smell , smell of lies and Liquidation of Internet and we found they are against any sharing .they only wanna a sound in society .
and today after 15 month after election their is a confidential letter to all companies which provide ADSL line to iranian .the letter told them they have not no any right to give more than 128 k ADSL line to their costumers .
when we asked them why a restriction of speed ? they told people didn't need more speed ,we thought this limit of speed is enough for you . and when asked them what about e-learning or -banking and etc.
they answered :no problem we provide such service by our national network.

PS:sorry if this post is long a little Obscurant